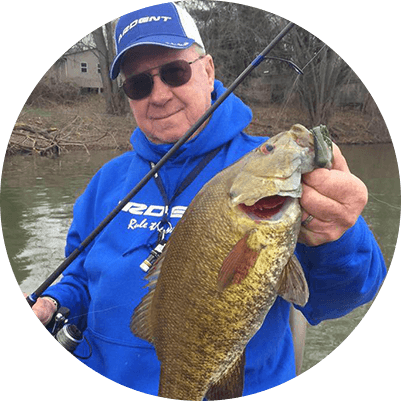 Our guides are professionals who operate 12 months out of the year, seven days a week. Appropriately licensed and insured, our guides pursue their trade with the finest equipment and boats in the industry. 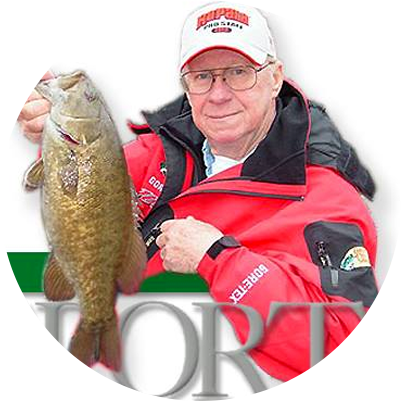 Ken Penrod’s Unlimited fishing reports give you an updated and professional guide to what is happening in the waters near you, providing you with the latest in water and fishing conditions.

Contact Ken Penrod’s Life Outdoors Unlimted today to learn more about what we do or to book a guided fishing trip with one of our experts. We can’t wait to get out on the water with you! 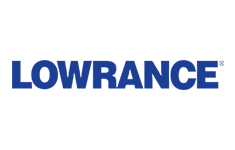 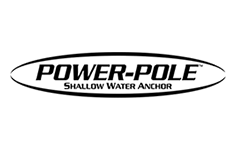 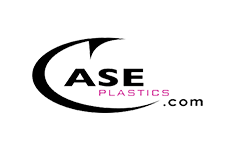 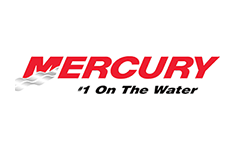 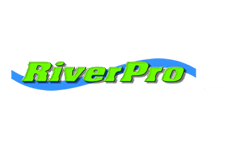 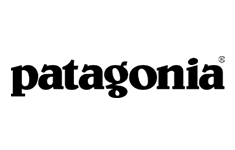 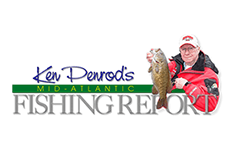 Ken Penrod’s Life Outdoors Unlimited has been in the guiding business since 1982. We have grown to be one of the countries’ largest and most respected fresh and brackish water guide services. We serve most fresh or brackish waters in Maryland, Delaware, District of Columbia, Virginia and Pennsylvania. We specialize in largemouth, smallmouth and striped bass—but if you want catfish or crappie, we know how to do it. Our guides are professionals, and they genuinely like people. We provide service to touring pros, corporate executives, world leaders and beginning anglers with the same enthusiasm and dedication. Appropriately licensed and insured, our guides pursue their trade with the finest equipment and boats in the industry.

We operate 12-months of the year—seven days a week, offering partial day, full day and multiple day outings. We have no problem providing several boats for your outing or event either. Our “record” is 50 boats for a single event.

PLEASE—never communicate with me via Messenger. NEVER

WWW.penrodsguides.com; NEWLY constructed with lots of
information. See the “About”, then “Galley” section for photos and “Programs” for club and youth camp information.

“See our Facebook Pages for Fishing Reports too.
First-Hand Reporting Since 1982—NOT part-time guess work.

Notes: Our fishing reports and client photos will be posted to Ken’s Facebook Page, “Life Outdoors Unlimited” and our website, www.penrodsguides.com.

There is no such thing as “Life Outdoors Unlimited-Indian Head” and we do not use booking companies such as “FishBooker.”

I purposely delayed this report to see how “Iseeyouseeme” would affect this week’s fishing. Like most weather related events, each network tried to sound more dangerous and caring than the other—for ratings. Our entire media network is like that anymore. There are too many sources without near enough talent so being reckless with the truth is the new norm. That I C u C me dumped a lot of coastal rain but our interior seemed unscathed.
“I C U C Me’s” effect on regional rivers.

UPPER POTOMAC RIVER (Seneca to Brunswick): *; look for some color—and that’s good. A jump of less than one foot by Thursday. Temps in the 80s.
There’s no getting around it—2008 floods decimated smallmouth bass populations and recovery will take a few years. This is still a good time for wading and float trips but avoid contact with the water as much as possible because the bacteria level is very high. Waders should not get river water in their mouths or eyes—and never on skin wounds.
I’ve seen these same conditions several times over my career—and this one isn’t the worst one. A smart angler can still catch bass but you must choose your “spots” much more thoughtfully than when fish-were-everywhere.
Campground tubes, Case Magic Stiks, Zipper Grubs on 6 pound test Excel monofilament is your all-day offering but try those Whopper Ploppers and buzzbaits in the early morning. Submersed ledges and shady=shoreline after the sun comes up.
Best areas include Whites Ferry to Edwards Ferry; Lander to Point of Rocks and Brunswick to Lander.
More than ever though-your “gear” becomes important. Poor quality rods and reels account for most “poor” days than any other factor. Gear-up with a medium action Ardent “Edge” spinning rod and C-Force (2500) reel.
“Put ‘em back within 60 seconds guys”

TIDAL POTOMAC RIVER: Tribs will stain-up but don’t expect much color and debris from the upper Potomac; 80s.
Remember when local “experts” and media were warning Potomac River users that snakehead fish would soon eradicate all other species and then, hang around school bus stops to eat kids? Remember them?
Well, just like “hydrilla” was going to destroy the river, the snakehead has actually become a great sportfish and the target of fish-hungry people that brag aloud of the culinary value. It hangs out in bass habitat, eats the same things bass eat and loves the lures that bass seek such as: buzzbaits; frogs; spinnerbaits; flukes; Magic Stiks etc. They “fight” better than a largemouth. It’s ok to keep “dead” ones. Your usual rods aren’t adequate and they will fight you—and bite you.
This summer has been tough for bass fishing—not because of scarcity but rather because of the abundance of food-and that’s fairly common. Let there be no doubt however—the snakehead has become to target of many and most for now.
Now, you wouldn’t take a knife to a gun fight so heed my advice: 7-foot, MH, Ardent baitcasting rod with an Ardent C-Force reel, spooled with 40-50 pound test braid.
Go where they go—and that’s thick grass matts; spatterdock edges; marshy shorelines and SAV edges. In other words—where bass live.
In the DC area, rip rap on both sides of the river hold a smorgasbord of fish and they are eating crankbaits, Big Shaky vibrating jigs, Case Magic Swims and Whopper Ploppers and Penrod Special spinnerbaits.
\The WASHINGTON CHANNEL is full of catfish along the 10-15 foot contour but no so for bass. Look to the railroad bridge foundations, marina entrance, Key Bridge foundations and submersed foundations of the C&O Canal Aqueduct. I like Case Magic stiks for most but its hard to beat the Campground tubes in the KP Series attached to RAB jig heads. The Case Magic Swim has because a go-to lure also, on an RAB Swim Jig or attached to a Big Mouth spinnerbaits or Big Shaky.
Don’t stop here—keep going and pretend you are fishing the upper Potomac.
HYDRILLA has taken over the WWB sector—and that’s not all bad. Fish the edges with Magic Stiks. Penrod Cove and Smoot Bay hold lots of bass—getting them to eat is the problem.
I like Hog Island and portions og Brad Creek not—and the Fort Washington lighthouse point is a good stop.
MATTAWOMAN CREEK harbors the NAVY facility and many vessels of many fishermen that is like an invasion some days. MD DNR police must have weekend off because boats are racing about in the 6 MPH zone as if it’s main stem. Actually, it’s been years since I saw a DNR Policeman on this water and the Grinders love that.
Snakeheads everywhere, and bass not-so-much. Smallwood to main stem improves. Spatterdock and grasses between Slavins and the Steel wall a good bet.

SUSQUEHANNA & JUNIATA RIVERS: **; minimal rises with minimal coloring; low 80s
There is 440 miles of North Branch (main stem)—and 243 Miles of West Branch (longest tributary) Susquehanna River—and that’s not counting other tributaries such as the 104 mile long Juniata-SO remember that MY report deals with a very minimal amount of the drainage. Our area of expertise lies between Harrisburg and Montgomery Ferry on the North Branch—30 miles of the Juniata at the lower end and several tributaries and West Branch in Clearfield, Cameron and Clinton Counties.
No matter how tough you think the bass fishing has become—it’s still the BEST smallmouth river in the Eastern United States.
Don’t count on much of a “bump” in level from the latest rains—but do expect to “bump” if you venture into unknown waters in inadequate boats—or inadequate experience.
Like any river system, especially clear and shallow—get-out-there-early. Johnny Cunningham will rent you float boats and shuttle you upriver for various-length drifts.
Be sure to buy some Campground Special tubes and RAB jig heads from him.
Morning topwater is everyone’s favorite so Whopper Plopper, Poppers; buzzbaits and Zara Spooks do the deed when floating grass isn’t present.
##
LOU Guides for 2020
Captain Ken Penrod: (National Freshwater Fishing Hall of Fame) Cell: 240-447-2206; kenpenrod@comcast.com; Facebook; LinkedIn; Instagram, Twitter @ken_penrod.
Tidal Potomac; Upper Potomac; Susquehanna River; Juniata River; Maryland Eastern Shore Tidal Rivers; George Stevenson Reservoir and trout streams in Cameron County, PA-near Sinnamahoning..
Captain Dave Kerrigan, VP of Smallmouth Operations @ 301-252-5322;

A summer camp for well behaved boys between 12-18 where we teach fishing and shooting arts. The sessions are conducted in July/August every year at Ken's lodge in PA. Interviews are mandatory. application is first.
View on Facebook
·Share

Share on FacebookShare on TwitterShare on Linked InShare by Email 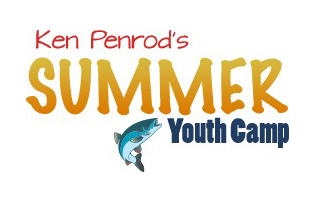 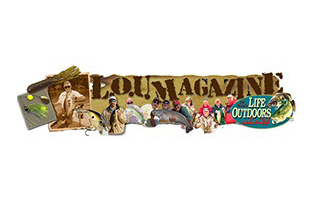 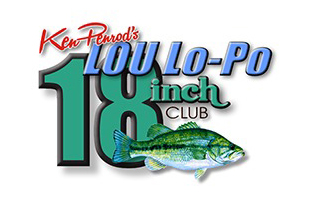 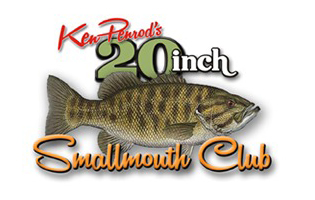 Our Guides
Experienced & Friendly Guides You Can Trust 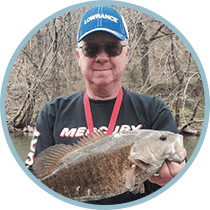 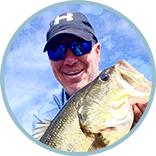 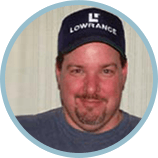